The Choices We Make Matter 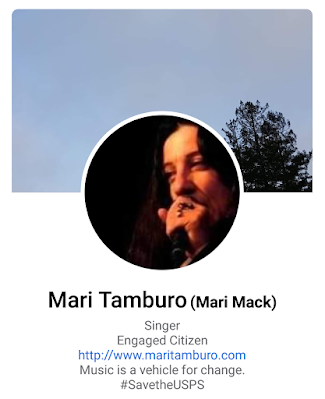 It would make little sense for me to repeat information you could find elsewhere on the internet about Ruth Bader Ginsburg's incredible life. Instead, I'll offer some suggestions for simple actions you can take, should you feel motivated to do so. And I hope you do feel motivated, because when our country and our world is changing all around us, we bear a responsibility to take part in the process, to affect the things we can.

In addition to writing Mitch McConnell (simply to flood his office and to help the USPS, because he will likely ignore whatever you say,) write to every Republican Senator.  Let's flood their offices with quotes from 2016, when the Senate Majority Leader refused to allow a hearing for Merrick Garland's nomination.

And let's donate to every Democratic Senate campaign who has a chance of winning.

We must flip the Senate.

Send letters of encouragement and gratitude to our current representatives, those who have demonstrated commitment to principles of honesty, fairness, equal rights for all and stewardship of the planet, for clean water and air in our communities.

If you have the will and the additional resources, donate to those who have absolutely no chance, because we need to support people who simply have the guts to run. Eventually, that investment will pay off.

We need to encourage more everyday people to become engaged in our civic processes. Because in order to truly represent the people, this government of "we the people" needs US.

Posted by M Tamburo (A Vehicle for Change) at 8:25 AM No comments:

I figured out what the lesson is/was (see previous post) - it's to research and give myself a bit more time before posting to this blog. After this most recent Democratic convention, I decided to do a bit of research, and discovered that Mr. Biden made that comment about a "battle for the soul of our nation" three years ago, so that's a relief. Of course, I haven't yet researched my own words from that time, so... ;)

While discussing the similarities between Bernie's "not me, us" slogan, plus Barack Obama's syntax on more than one occasion, and then a few sentences in Michelle Obama's DNC speech, Joe Biden's words, Andrew Yang, etc., I asked a dear friend what they thought the meaning of all these similarities to my own writings might be, and this was their response:  "I don't know, maybe 'Great minds think alike?' " ...and now you know why that person is a dear friend.

It's an odd dance, humility and the requirement to sing one's own praises in order to gather votes. My dear friend also said that I have a tendency to put everyone else's interests before my own,  which is a fairly accurate assessment. But isn't that the type of person we need in public service? I see many public servants who fit that description. Dennis Rodoni, one of my fellow District 4 candidates in 2016, is one.

Now, as for the Democratic Convention: I thought it was traditional in the content sense, trotting out a representative from almost every walk of life, although the production was virtual except for a small group of journalists practicing physical distancing due to Covid-19 protocol. It seemed like a long infomercial, which is what it was.

As for my own quest to get to the national debate stage during this election, yes, it is true that our campaign was ignored by the DNC, so it didn't have much time to get off the ground. Same can be said for most of the 700 additional candudates we never got to see or learn about, unless we took the time to do so. I'm fairly sure that my making almost no videos might have had something to do with keeping my status as an unknown. That is, unless you count the dig about my split ends and "80's scrunchie" that Colbert lobbed toward me after I made one tiny video. By the way, Stephen, that scrunchie was not from the 80's  - it was part of a set given to me at Christmas in 2019. You really have no idea what you are talking about.  I just don't understand why some people have to be so petty.

Yet, consider this - I am just getting started, and do not enjoy playing political games. It seems that unless you are independently wealthy, or really famous, or in some Harvard insider group, you are, for the most part, ignored.

That is, unless you are constantly typing rants about an illegal sidewalk (I hear you groaning "oh, not THAT again")  in which case, they just think you have lost your mind, because, let's face it, stealing 1.1 million dollars for a four block sidewalk is chump change when billions of dollars are being wasted and given away in pork projects every day, while some of us are homeless. At least that seemed to be the former attitude of our former Supervisor.

And some of you still wonder why that egomaniac DT was elected? Do you have any idea how desperate or delusional or angry or misinformed or clueless someone had to be to vote for THAT guy? If you are considering doing it again, please don't. It's not just about him. It's about decency.

Yes, it can be discouraging, when we keep cutting down trees and pouring concrete, building gigantic planes and bombs. As long as someone is getting a paycheck, seems as if they just don't care what is happening to the planet or innocent people. That is, until their own kid gets knocked down by some spandex warrior because the road width has been reduced (yes, that is another dreaded sidewalk reference.) We need to check ourselves, people. I'm not judging you. I'm asking us all to look in the mirror and decide who we want to be, what kind of world we want to live in and what kind of world we want to leave for our kids, and future generations. Not to mention our next lives, if you believe in that sort of thing.

This experience of running in place for public office has been a labor of love and an experiment. I learned a lot - mostly relearned that a lack of funding is a huge barrier to civic engagement - and that a desire to protect your family from bullies requires placing your own needs and desires on the back burner sometimes, making difficult choices, doing the things we would rather not do. Like housework. Ugh.

I wish you good health, love and peace within your heart.

P.s. I mean, "Come on, man..." you all can't be reading my online posts and regurgitating my words without giving credit, or at least an email or a tweet to say "Thanks," now, can you? Are you all that selfish? Or so insecure that you think by acknowledging someone else, that somehow, you will be diminished? It's quite the opposite. That said, it could be we are all on the same wavelength. Is it a zeitgeist thing? That would be nice, but... 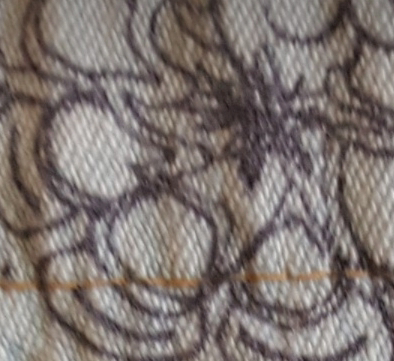 P.s.s.Thanks for ignoring the typos on the first draft. Constantly striving to do better.

Not Sure What the Lesson Is Here

Not sure what the Universe is trying to tell me...

Was Joe Biden or a member of his staff reading my blog back in June 2019?

People are human, but we don't have to go out of our way to be cruel.

Whatever happened to the Golden Rule?

Sending love and light to all.

Posted by M Tamburo (A Vehicle for Change) at 8:54 AM No comments: 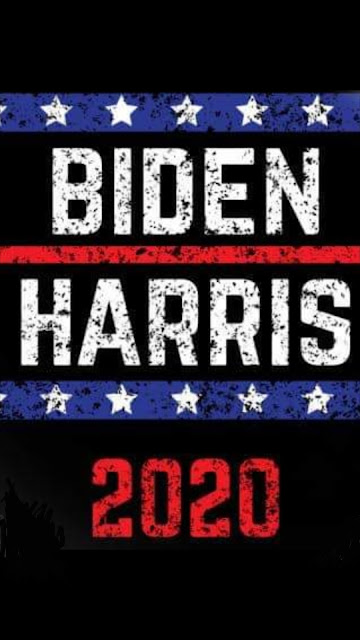 As if we had any doubt.
This is the best choice for this time.
Posted by M Tamburo (A Vehicle for Change) at 8:27 PM No comments:

Vote by mail.
It leaves a paper trail.

I posted this four years ago today, on my facebook profile:

Shared from a facebook friend who wishes to remain anonymous. " Inspired by a comment in the @NYTimes : When I returned to college in my 60's I wrote a paper on the women's suffrage movement in the U.S. Women haven't had the vote for very long and for lot of us, our grandmothers couldn't vote until they were middle aged.
I was among those who didn't find Clinton an ideal candidate, while committed to stopping Trump.
So I was surprised when the nomination became official to find myself sobbing. That long history just swept over me, and the many times that I've blamed myself for failures (what's wrong with me?) only to realize years later that I had been discriminated against because of my gender.
Clinton did not have to persist. She has soldiered on through unbelievable opposition and a campaign of slander that may be unprecedented in American history. which is full of nasty politics. For all those people who think this is no big deal, I say look at the long list of laws that are in danger of being dismissed, laws against discrimination, for clean air and water, laws almost everything that benefits all of us and not just the 1%. Think of who will will be the next Supreme Court judge and how many "Citizens United" laws could be passed if Trump wins. For those who lived through the "greed is good" era, just think about how that turned out. I think the stakes are higher than in any election held in the last 80 or so years. We are in extreme danger of having a dictatorship; the Republicans haven't been tinkering with the ballot boxes for the last decade for the pleasure of playing with electronic toys."
Posted by M Tamburo (A Vehicle for Change) at 8:55 AM No comments:

Love and music, kindness and beauty.
May we do what we can to bring more of all of thus into the world.
Happy #tbt.

Speaking of music, check this out: 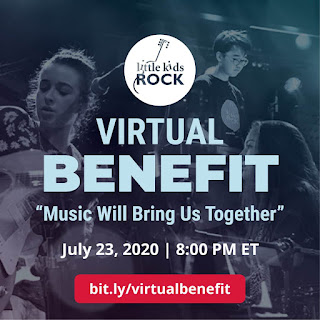 Posted by M Tamburo (A Vehicle for Change) at 7:41 AM No comments:

What's In A Name?

The word has more than one meaning.

I could ramble on about why I chose the name "Mari Mack" - a name I have used for my blues chanteuse alter ego since the late 80's, but choose use this space in time to express my disdain over the current battle over who gets to keep using the name "Lady A."

Image from "Vulture" article on this subject.
I found the link in the facebook group, "National Women In Blues."

Stand up for the underdog. While it may sometimes feel that no one is listening, an open heart can hear when the soul sings.

Posted by M Tamburo (A Vehicle for Change) at 6:09 AM No comments:

Remembering that time we got "karened" during the great sidewalk debate of 2010 to current. Yes, folks are still talking about that damn sidewalk.

It wasn't really about the sidewalk for me. It was very personal in some ways, yet a matter of principle.

And because we dared to question the imbalance of power, someone called the sheriff on us.

That really is what it is all about: power.

Take back your power.

Ox,
Mari
Posted by M Tamburo (A Vehicle for Change) at 7:29 AM No comments: